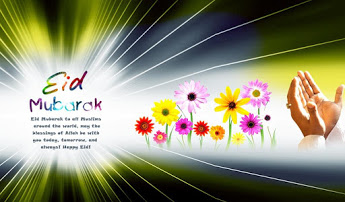 .
It had been the practice of the Prophet, Sall-Allahu alayhi wa sallam, that he would not sleep in the night preceding the day of Eid-ul-fitr. This night has been named in a Hadith as the Night of Reward (Lailatul Jaiza). Almighty bestows his rewards on those who have spent the month of Ramadan abiding by the dictates of Shari’ah, and all their prayers in ...this night are accepted. Therefore, it is desirable to perform nafl prayers in this nigh
t. The Prophet, Sall-Allahu alayhi wa sallam, is reported to have said:
.
Whoever stands up (in worship) in the nights preceding the two Eids expecting rewards from his Lord, his heart will not die when the other hearts will die. (Ibn Majah)
.
To benefit from this opportunity, one should perform as much worship in this night as he can, and should pray for all his needs and desires.
.
Don't waste that night in Markets.