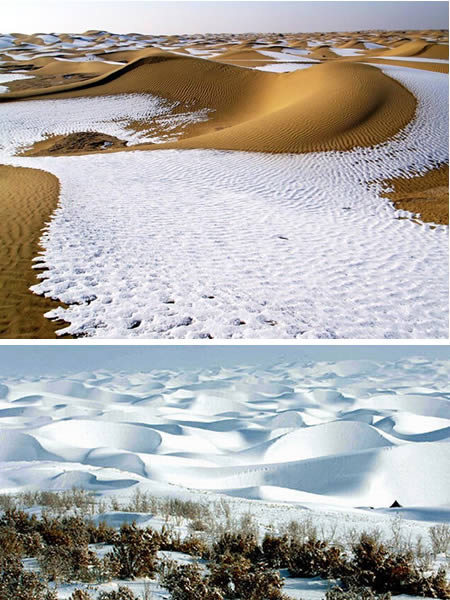 Taklamakan is one of the largest sandy deserts in the world, ranking 15th in size in a ranking of the world's largest non-polar deserts. It covers an area of 270,000 km2 (100,000 sq mi) of the Tarim Basin, 1,000 kilometres (620 mi) long and 400 kilometres (250 mi) wide. It is crossed at its northern and at its southern edges by two branches of the Silk Road as travelers sought to avoid the arid wasteland 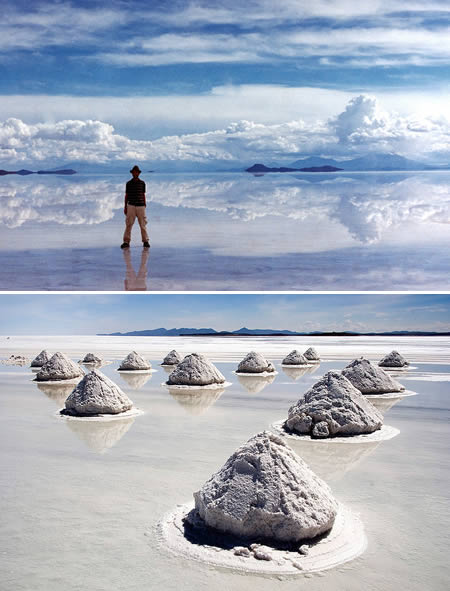 Salar is one of the iconic images of Bolivia, a massive salt desert in the middle of the Altiplano. It is an expansive, virtually flat desert that reflects the sun in such a way as to create a mirror effect with the sky. There are several lakes in the desert with strange colours from the mineral deposits in the region.

The Atacama Desert occupies the largest amount of the Chilean territory located north of the 29th parallel. The area located on the coast between Arica and Antofagasta appears in the Guinness Book of World Records as the driest place in the world. Nevertheless, to the south of the Tropic of Capricorn, the desert becomes kinder towards living beings. The coastal mists, "camanchacas", are more abundant south of Antofagasta and bring the humidity necessary for the maintenance of the coastal scenic vegetation. Many plants survive mainly because of the "camanchaca", and the harsh savings of water, in normal dry years, that causes them to delay important functions such as growth, to favor survival and reproduction

Namib (Namibia): the only desert with elephants South of Africa lies the Namib desert. which is less vast than the Sahara but just as impressive. It forms part of the Namib-Naukluft National Park with neighbouring Angola. The Sossusvlei sand dunes are the highest in the world, some towering at 300m high and if you are lucky enough, you can stumble across desert elephants-the Namib is the only desert in the world to have elephants. Apparently the oldest desert in the world, myriad species of plants and animals can only be found here. The Namib has fascinated geologists for years but it remains very little understood to this day 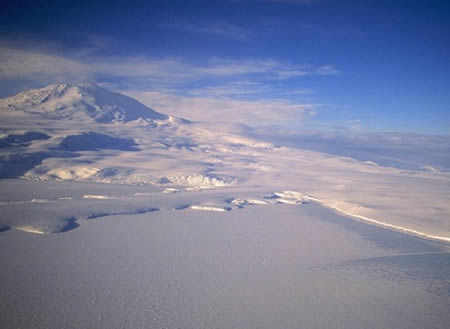 Antarctica is a land of extremes. It's not inhabited year round by humans because it's simply too freezing cold. In 1983 scientists recorded extreme cold temperatures as low as -129 Fahrenheit. It's also the wettest place on Earth, but simultaneously the driest. The reason it's the “wettest” is not because of rainfall; since Antarctica is covered by 98% ice, it's technically very wet. 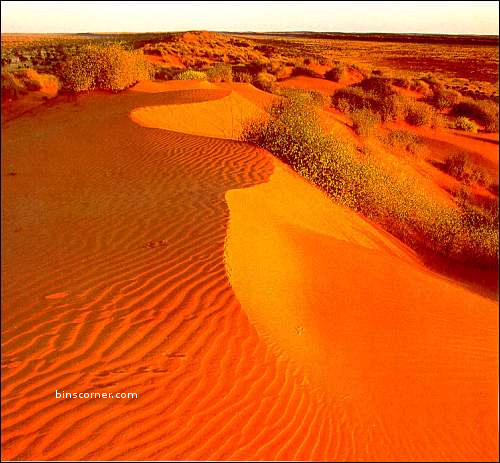 Simpson Desert is famous for its red color, caused by ferric oxide rust covering the sand and then turning to powder and mixing with the sand.