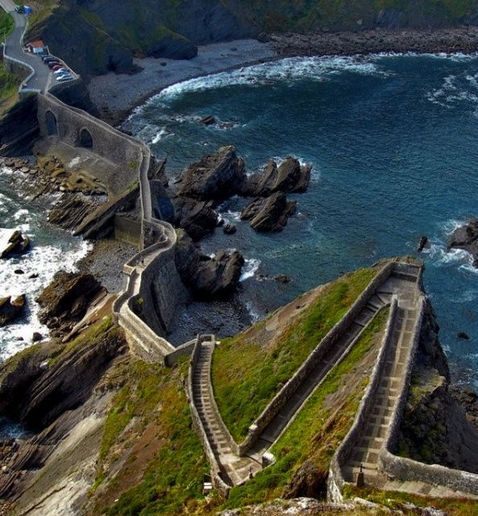 On a mountain hilltop Spanish island Gastelugache is an exceptionally beautiful and picturesque staircase of 237 steps. It was built in the tenth century and led to the old hermit's hut. To fully enjoy the beauty of these places is best to come here in the spring or autumn. In the summer there is usually very crowded and noisy.

Spiral staircase height 9.51 meters installed in China along the mountainside Tyayhan in Linchzhou. Walk the stairs, of course, will appeal to all lovers of "tickle nerves" and novice climbers. But before starting the descent to fill a number of forms and documents that will confirm that you do not yet sixty, and you do not have problems with the heart or lungs. This is done for security and avoid health problems. This is a gorgeous community project in SF that has become a tourist attraction that one sees in pictures of SF but isn't quite sure what it is. This is it.There's 164 steps to the top, each step combines to make beautiful pictures from afar but if you look closely at each one, they're unique. I saw dedications to loved ones, congratulations, pictures of animals, tv quotes, and pretty much anything else. The 72 stone steps before the entrance of the Philadelphia Museum of Art in Philadelphia, Pennsylvania have become known as the "Rocky Steps" as a result of their appearance in the triple-Oscar-winning film Rocky and four of its sequels, Rocky II, III, V and Rocky Balboa, in which the eponymous character runs up the steps to the song "Gonna Fly Now". Tourists often mimic Rocky's famous climb, a metaphor for an underdog or an everyman rising to a challenge. A bronze statue of Rocky was briefly situated at the top of the steps for the filming of Rocky III. This statue, now located at the bottom right of the steps, is a popular photo opportunity for visitors. The top of the steps offers a commanding view of Eakins Oval, the Benjamin Franklin Parkway, and Philadelphia City Hall. 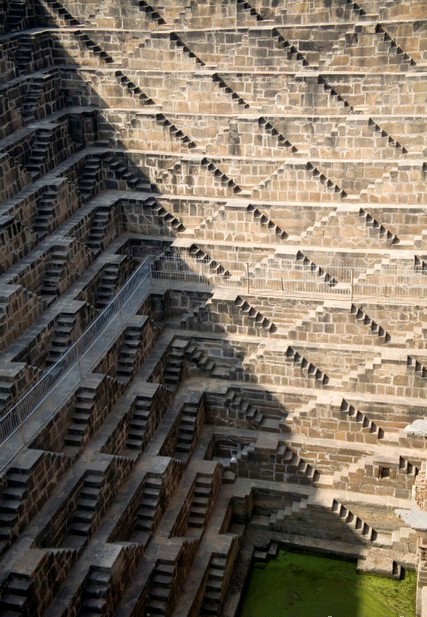 In India, stepwells are more than just reservoirs: they're gathering places to hang out and escape the heat. This ancient community function means stepwells are also a geometric art form all their own. In a village near Jaipur Abaneri is unusual ancient well Chand Baori. The building was built in the year 800, and consists of 13 spans from 3500 narrow steps. This area is very dry, so the builders gave the well shaped to maximally preserve precious moisture. At the bottom of the well temperature is always about five or six degrees below, so the locals would often come here to rest during the heat wave. Built in 1608, the Staircase of Santa Maria del Monte is a 142-step staircase in Caltagirone, Sicily made from thousands of ceramic tiles, one design per step, as a fitting tribute to a city known for its design and production of ceramics and terra-cotta sculptures. For centuries the stairs have been used as a backdrop for various festivals for which images of patron saints and other local themes are illustrated using thousands of flowers or candles. You can learn more about the La Scala Flower Festival over on My Modern Met, or the light festival called the Scala Illuminata. 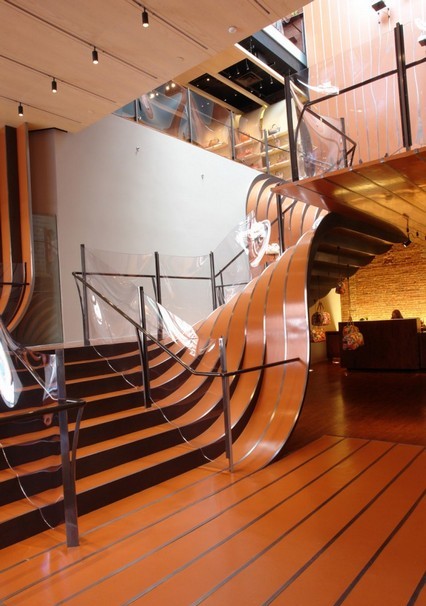 The staircase at the Longchamp Store in New York was designed by Heatherwick Studio in a “flow and coverage” pattern and it took six months to build. The unique feature of this piece of art is that the 1¼” hot-rolled steel and glass panels forming the steps of the staircase gives it a fabric like fluidity and it appears to be flowing like a silk ribbon. The landscape stairs weigh 55 tonnes and also has magnetic properties that enable attaching of movable lights and display stands with high strength magnets. The balustrades are transparent and are fabricated using aerospace windscreen technology. There is a three storey void cut through the studio which allows the daylight to enter and glaze these amazing stairs. 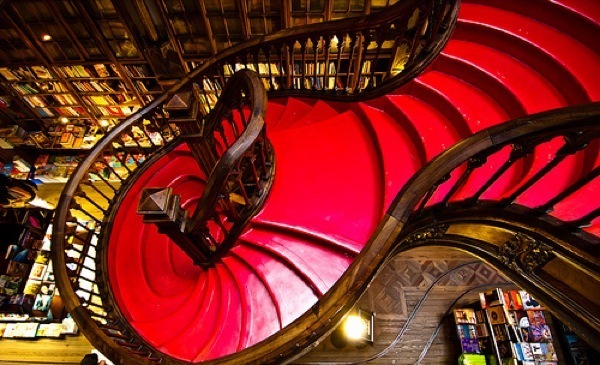 The Lello Bookstore was built in 1906 in Porto, Portugal by The Lello Brothers (Antonio and Jose) who formerly owned another bookstore a few streets away. Their new bookstore is one of the most ornate bookstores in the world, mixing Neo-Gothic and Art Dec elements (especially the facade, pictured below). It’s bright, it’s classy and it’s pink! Lello Bookshop is one of the most popular bookshops across the world where people come not just for the educational offering but also the alluring one. The bookshop’s pivotal component is its bright pink staircase where the stairs appear to be sinking in the ground creating a wonderful optical illusion. This staircase dates back to 1906 and the design was the brainchild of architect Xavier Esteves. The steps have got a swirling structure where two channels appear to be pouring in, in a single point and the sight is truly amazing. The famous Harry Potter writer JK Rowling is also thought to have taken inspiration from this very bookstore in Portugal. 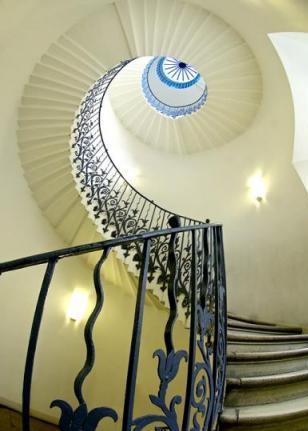 The Queen of England ostensibly has something for flowers, and that too quite beautiful ones. Or so is evident from the Tulip Staircase which glorifies the Queen’s House. This unusual staircase is not just a visual delight but also an architectural wonder. The tulip staircase, which also has a lantern below, was the first centrally unsupported helical stair pattern that was ever constructed in England. The staircase was given the name “Tulip” and has been called the same since always but it is thought that the wrought iron balustrades and the stylized flowers in it actually resemble fleurs-de-lis, which was the emblem of the Bourbon Family. 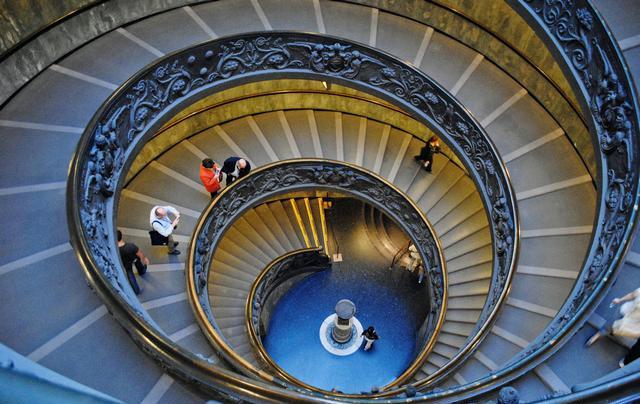 Take a look at this staircase and you will be in awe for the next few minutes. This staircase is actually that beautiful and also the most photographed one around the world. And when you talk about spiral staircases, you just can’t skip this one. The Spiral Staircase located in Vatican Museum, Italy was designed by the famous architect and engineer Giuseppe Momo in 1932. It has got two beautifully decorated intertwined spirals forming a double helical structure and there are broad steps between a ramp and staircase. Above the spiral staircase is a glass doomed ceiling which is equally alluring.