Sports stadiums, ordered by their capacity, that is the maximum number of spectators they can normally accommodate. The capacity figures are standard, permanent total capacity, including both seating and any permanent standing areas

Melbourne Cricket Ground (MCG), Melbourne, Australia – 100,018 spectators. Opened in 1854, this multi-purpose stadium is used for cricket, rugby and soccer. It is the home stadium to the Melbourne Cricket Club. It’s the largest stadium in Australia and the biggest cricket stadium in the world. The MCG is remembered world wide as the main stadium of the 1956 Summer Olympics 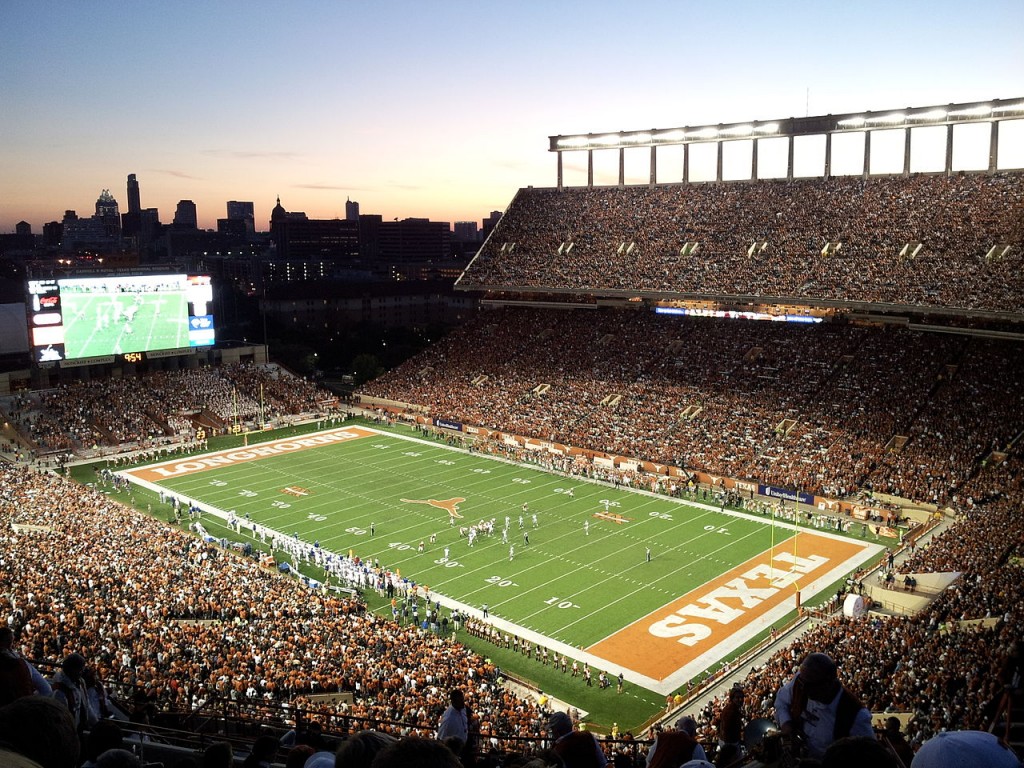 Darrell K Royal–Texas Memorial Stadium, Austin, TX, United States – 100,119 spectators. This stadium has been home to the University of Texas at Austin Longhorns football team since 1924

Ohio Stadium, Columbus, OH, United States – 102,329 spectators. Located on the campus of The Ohio State University. Its primary purpose is the home venue of the Ohio State Buckeyes football team. First opened in 1922 and most recently renovated in 2001 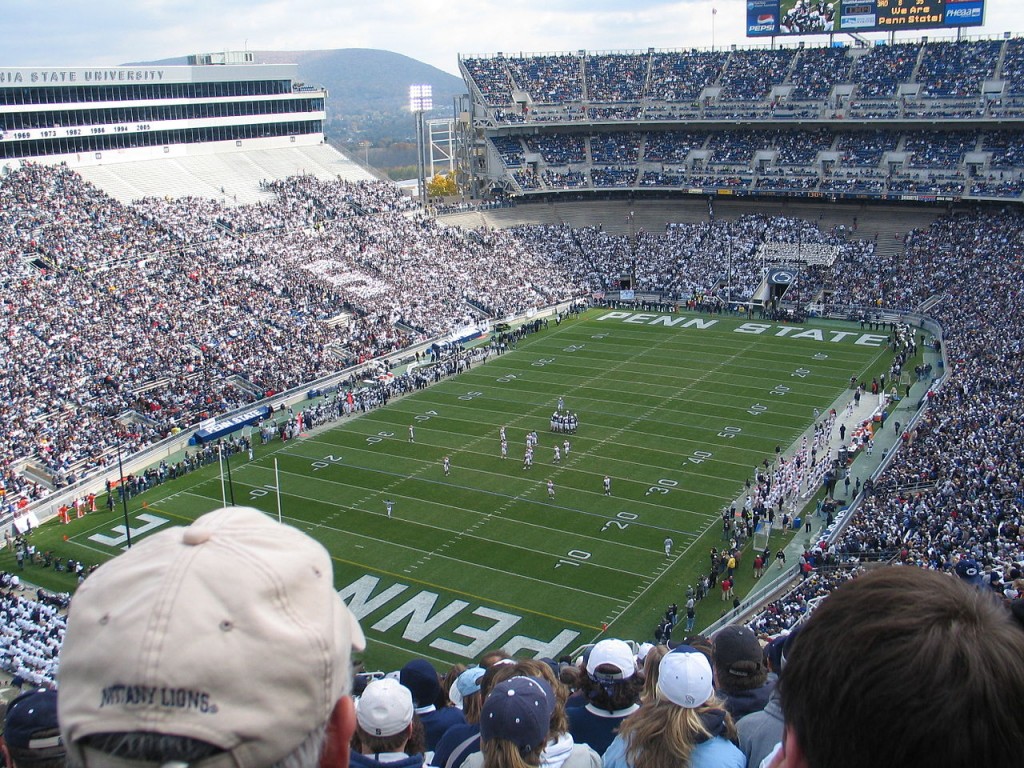 Beaver Stadium, State College, PA, United States – 106,572 spectators. This football stadium is located on the campus of The Pennsylvania State University and the home stadium of Penn State Nittany Lions football team. It first opened on September 17, 1960 and last expended in 2001 Michigan Stadium, Ann Arbor, MI, United States – 109,901 spectators. Nicknamed “The Big House”, this football stadium for the University of Michigan was built in 1927 and was expended several times since then (last time in 2010). It is the home of the Michigan Wolverines football team 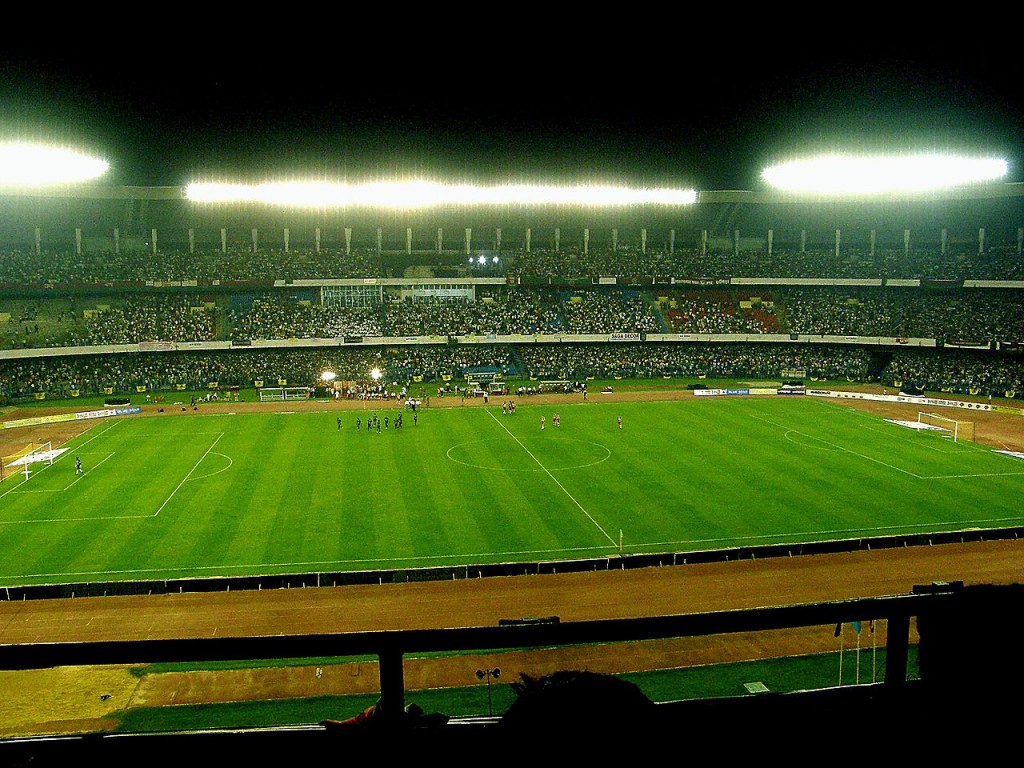 Salt Lake Stadium, Kolkata, India – 120,000 spectators. A multi-purpose stadium used for soccer and athletics. It was opened in January 1984 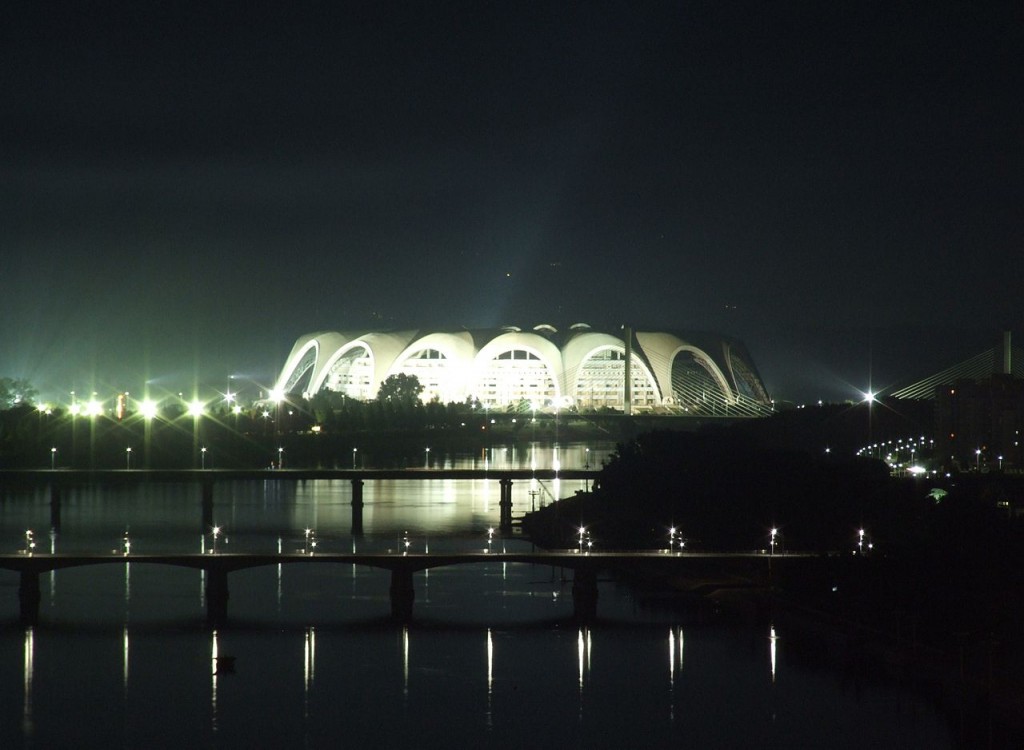 Rungnado May Day Stadium, Pyongyang, North Korea – 150,000 spectators. This multi-purpose stadium was completed on May 1, 1989. It is currently used for soccer matches, a few athletics matches, but most often for Arirang Festival performances, which is a gymnastics and artistic festival